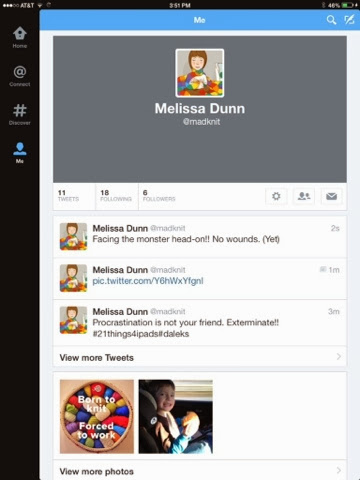 Twitter has quickly become a social media outreach that has enable teachers to effectively communicate in new ways. Tweeting an assignment would allow students to check again, with disrupting the teacher, what the work was for that evening. When a test is imminent, a teacher could tweet the test day and what to study so parents and students could follow. As a middle school teacher, students often want to know what I am doing and twitter would be a way to leave breadcrumb of certain info so that my "outside" life doesn't become the topic of the day. I know that some teachers in our school system use tweeting because the students can choose to follow and you as a teacher do not need to accept or reject them. Tweeting allows the teacher to send out information that is needed for a group. 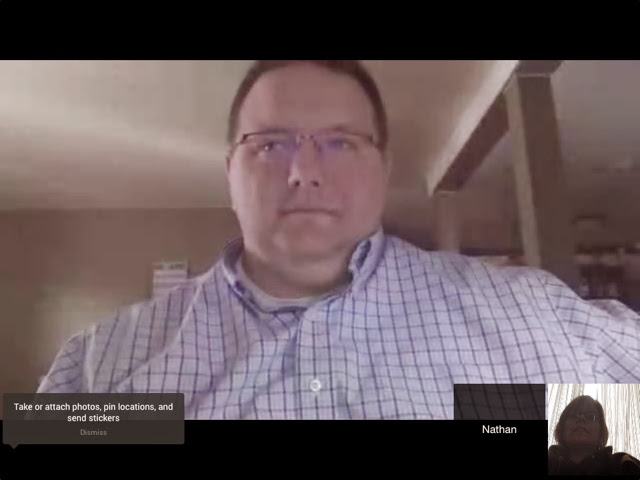 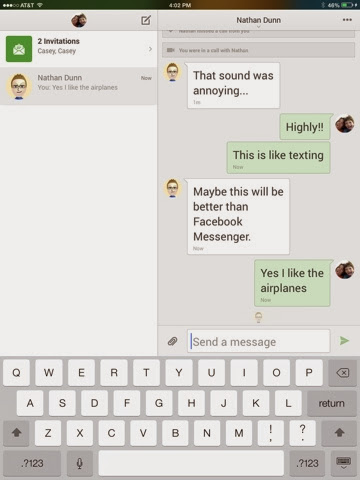 Goggle hangouts was easy to use and fun to try. I could see this being used in tutoring especially. If a student needs help and a high school student can help via hangout that would be great! Also kids love for others to read to them and hangouts would facilitate that. My family uses Skype with my mom who lives in Arizona and she loves seeing my son instead of just talking to him on the phone. I know that FaceTime was not discussed, but I can also see this app being helpful now that the wifi issue has been sorted. I am in contact with several professors of math and getting them, or their students to visual meet with us would be amazing for my students.
Posted by Unknown at 1:40 PM No comments:

The week our goal was to familiarize ourselves with the ipad and to use the applications on the device that we need for our class.  I have had an ipad for several years but tend to lean on other people, namely my husband, to help me figure the technological part of things out. Now it is my turn to take the ipad by the edges and jump off!!

I screen shot my screen where you can see that I named the apps that cannot be removed, "Stupid Stuff". I think that since I work in a middle school environment I would also name the non-removal items something silly so that they are a non-issue. In our building, each grade shares a cart of ipads so foldering the subject's apps is a brillant idea and a clean way to present the ipad to the student.

My son likes to keep his apps in "special boxes" as well so I am thrilled that now I can tell him that these are folders and that he was way ahead of mommy on that one!! 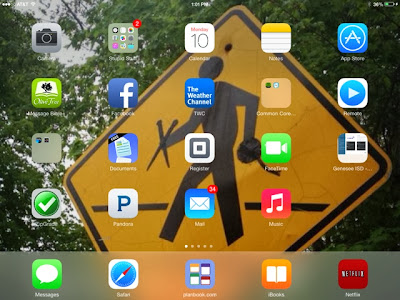 Email ThisBlogThis!Share to TwitterShare to FacebookShare to Pinterest
Labels: Thing 1

The doctor has been regenerated and is attempting to infiltrate our worlds!!
Posted by Unknown at 2:54 PM No comments: